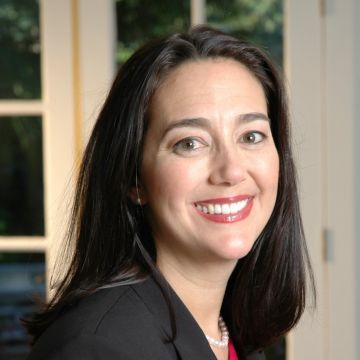 First Name
Erin
Last Name
Gruwell
Department
Freedom Writers Foundation
Founder
Bio
Erin Gruwell started teaching at Woodrow Wilson High School in Long Beach, CA and had 150 of the district’s worst performing students in her freshman English class. After intercepting a racist note in class and telling her students that drawings like that one had led to the Holocaust, she learned that her students had never heard of the Holocaust. Erin was determined to teach her students ways to combat intolerance, and encouraged them to write in journals of their own. Her students dubbed themselves “Freedom Writers” after the Freedom Riders of the 1960s, and thanks to Erin's unique approach to teaching, all 150 Freedom Writers graduated high school. Her students’ stories became the New York Times Bestselling book, The Freedom Writers Diary which later adapted into the 2007 feature film, Freedom Writers starring Hilary Swank, and the documentary, Freedom Writers: Stories from the Heart, which is currently available to stream on PBS.org. Erin and the Freedom Writers now travel the world, sharing their story and teaching others about their innovative approach to learning.